Is it possible to create an entirely quantum clock?

DNVN - Quantum clocks are normally controlled by a classical control system, but to build things like tiny quantum drones that fly around delivering molecules we'll need a fully quantum approach

Clocks regulate our lives, dictating when we sleep and wake, whether we catch our flights home and who wins a fortune on Wall Street. And just as clocks govern us, they govern quantum devices.

Take quantum computers. A basic part of performing any computation is executing certain tasks at certain times. External classical control systems keep time for today’s quantum computers, but a control system that could operate entirely within the quantum realm would open up new possibilities. Giving our imaginations free rein, we might envision tiny quantum drones that can tinker with or deliver molecules. Such autonomous machines would have to carry their own clocks and those clocks would have to be quantum too to prevent the machines from losing their quantum character. For instance, quantum technologies benefit from entanglement, strong correlations that sync quantum particles. The more a quantum drone interacted with ordinary devices, the more its entanglement could dissipate.

The question is, can we build such a quantum clock that would do the job?

Before we dive in, I should clarify that an autonomous quantum clock is not the same as the so-called atomic clocks that you can buy in stores. My grandparents bought such an “atomic clock” and hung it in their kitchen, but theirs would have been more accurately called a “radio-controlled clock”. Every day, the clock received radio signals from a Colorado outpost of the National Institute of Standards and Technology (NIST), synchronising it with a highly accurate clock operated by NIST.

NIST’s clock was an actual atomic clock – a quantum clock, but one whose controller didn’t exist entirely within the quantum realm. An atomic clock contains atoms that can absorb only certain amounts of energy in discrete packets – like someone who can eat one packet of crisps but not half a packet. A laser shines on the atoms, and an external controller measures how many atoms have, so to speak, eaten crisp packets from the laser. If many atoms have, then the laser’s light consists of particles with just the right amount of energy – an amount calculable with quantum theory. In addition to consisting of particles, the light has wave-like properties and so, in a sense, oscillates up and down. The time between oscillations is a calculable fraction of a second, which is defined in terms of the energy that the atoms can absorb. So we measure a second by waiting for the laser light to oscillate a certain number of times. The controller that measures the atoms’ energy isn’t quantum, so an atomic clock is not the only clock we’ll need for the quantum steampunk age.

Quantum physics pioneer Wolfgang Pauli spent time in the 1920s thinking about quantum clocks, among many other things. Pauli’s interests extended from quantum physics to psychology and philosophy, and his name is now tied to the Pauli exclusion principle that governs how electrons organise in atoms. He homed in on simple, yet fundamental concepts – and what is time, if not fundamental?

But time and energy participate in an uncertainty relation similarly to position and momentum. So a quantum system with a well-defined time would be in a superposition of all possible energies. Moreover, the superposition would be spread evenly across all possible energies: if you measured the clock’s energy, your probability of obtaining one possible outcome would equal your probability of obtaining any other possible outcome. 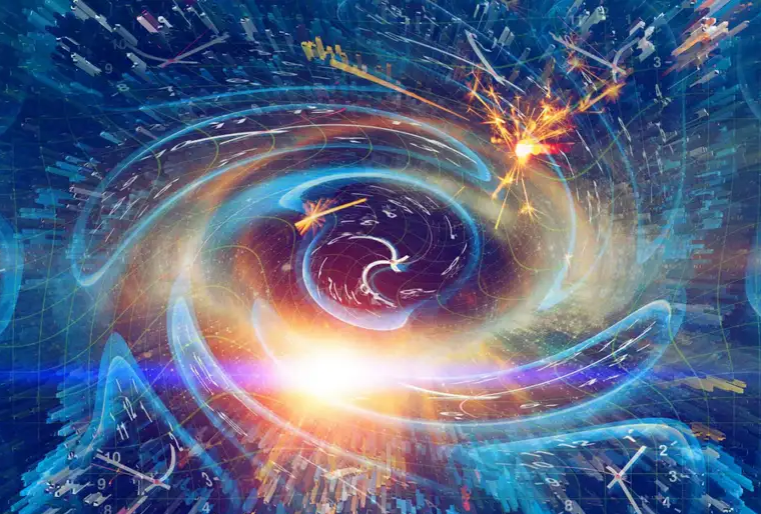 Pauli proved mathematically that no quantum system can have a time observable. If a system did, it could have an infinitely negative amount of energy. Having an infinitely negative amount of energy is impossible in our world. So, according to quantum mechanics, our world doesn’t accommodate time observables – or ideal quantum clocks.

As Jonathan and Mischa explained to me when I visited them in London one spring, their theoretical clock is in an approximation to the ideal time state, the superposition spread evenly across all energies. Their superposition is spread unevenly in a particular pattern: if you measure the clock’s energy, you’re more likely to obtain some outcomes than others. So the clock’s energy is still uncertain, just not maximally uncertain. The clock therefore doesn’t break the laws of physics à la Pauli.

Moreover, the clock is fairly stable. Reading a quantum clock is not like reading a classical one. The act of using it to determine the time would trigger a counterintuitive quantum phenomenon: measurement disturbance. You can observe an everyday clock without affecting which time it reports, just as a police officer can register your car’s speed without your noticing (hence the existence of speeding tickets). But quantum systems are more delicate than everyday systems. If you measure a quantum system – or interact with it any other way – you disturb it, changing its state. If you measure the system’s energy, you’ll likely change its energy.

Reading the time off a quantum clock wouldn’t interfere with timekeeping if the clock were ideal. But an imperfect clock would degrade with use, reducing our ability to distinguish instants. You might as well gaze at a grandfather clock through increasingly blurry glasses: 6 o’clock will blend into 5.59 and 6.01, then into 5.58 and 6.02. Disturbances also hinder the clock’s ability to initiate processes, such as logic gates in a computation, at desired times.

How well could Mischa, Ralph, and Jonathan’s clock withstand such disturbances? Not too poorly, you could say, if channelling my Britain-based colleagues. Imagine growing the clock – adding particles to it, although not so many particles that the clock loses its quantum nature. The bigger the clock, the greater its resilience. And giving a little gets you a lot: as the clock grows, its resilience grows exponentially.

So far, such properties remain theoretical, and scientists are hard-pressed to build even externally controlled quantum computers, let alone autonomous ones. But experiments’ control over quantum systems has advanced rapidly over the past three decades and shows no signs of slowing down. Will autonomous clocks enable quantum computers and other machines to operate independently? Whether measured on a quantum clock or an everyday one, time will tell.