Twin planets circling a far-off star might contain half water

DNVN - The twin planets Kepler-138 c and d appear to be water worlds with steamy atmospheres and oceans comprising 50 percent of their total volume.

A good night's sleep can boost women's work ambitions / Motherhood in the workplace: An examination of maternal mental health

Two strange planets 218 light years away may have oceans 500 times deeper than those on Earth. While it is unlikely that life exists on the twin water planets Kepler-138 c and d, there may be an abundance of them throughout the universe.

Both exoplanets orbiting the star Kepler-138 were discovered in 2014. Observations at the time indicated that these planets were distinct from one another, but largely composed of rock. Now, Caroline Piaulet of the University of Montreal and her colleagues have taken new Hubble, Spitzer, and W. M. Keck Observatory observations that indicate otherwise.

While it was previously believed that the star had only three planets, these observations revealed the existence of a fourth planet. Incorporating this additional planet into simulations of the system revealed that Kepler-138 c and d are much more similar than previously believed. Each is slightly more than twice as massive as Earth and approximately 1.5 times as wide. 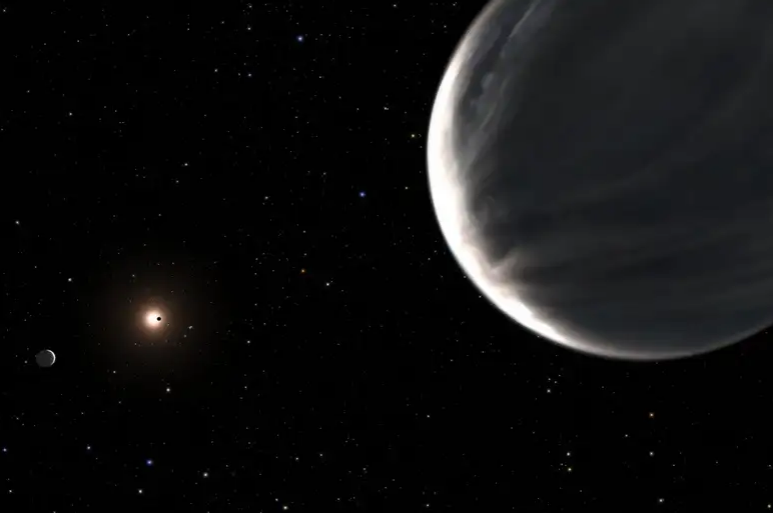 By plugging these new numbers into their models, the researchers determined that up to half of each planet's volume must be composed of something lighter than rock but heavier than the ubiquitous hydrogen and helium – the most likely explanation is water. Piaulet explains, "It could be other molecules with a similar density to water, such as methane or ammonia, but the reason we believe it's most likely water is because water is the most abundant of these alternatives in the universe."

Despite its importance to life, however, water does not necessarily make a planet habitable. Kepler-138 c and d are relatively close to their star, so rather than the icy shells that characterise the majority of water-rich planets in our solar system, they likely have dense atmospheres of steam. Temperatures below the atmosphere are predicted to exceed 200°C, and pressures would be at least 100 times the surface pressure on Earth, and possibly thousands of times greater.

“These probably aren’t the best planets for life,” says Piaulet. “But the fact that these exist means that there could be planets with compositions like this, but just a tiny bit further from their host stars, and that opens the door to a completely new type of habitable world.”