Only need 10 ants to create a stable raft, according to scientists

DNVN - On water, ants prefer not to construct a collective raft. However, once 10 insects are in close proximity, the so-called Cheerios effect pushes them together in a manner that is difficult to counteract.

What is the optimal method of grouping students? / Observe a lunar occultation of Uranus this month

Fire ants are capable of constructing rafts composed of hundreds of ants. Experiments indicate, however, that this is not the result of collective social behavior, as was previously believed, but rather a fluid phenomenon known as the Cheerios effect. If there are 10 or more ants on water nearby, the effect becomes insurmountable.

Ant colonies can survive when their nests are flooded by banding together to form rafts. These are sufficiently buoyant to float... The majority of ants in the raft remain dry for weeks on end, with the exception of a few at the bottom. Hungtang Ko and his colleagues at Princeton University in New Jersey studied the behavior of fire ants (Solenopsis invicta) in water. 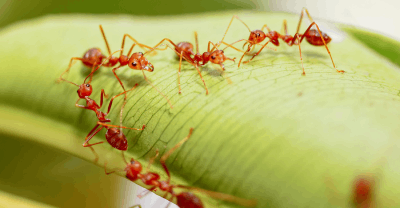 Fire ants can form rafts, but they would rather not.

Over the course of 72 experiments, between two and 158 ant colonies were placed in a small aquarium. When there were only a few ants, their movements did not coordinate. Rarely did they form rafts; typically, they pushed each other away by flailing their legs. If so, the rafts would have lasted less than two minutes.

However, when 10 or more ants were added, the insects created more stable rafts by intertwining their bodies. After five minutes, the team stopped the experiment with these rafts. Ko and his coworkers created a computer simulation that represented ants as small spheres in an effort to comprehend what was occurring. By measuring comparable values in the ants, they were able to imbue the spheres with comparable characteristics, such as drag.

The simulation demonstrated that 10 ants is the minimum number required to form stable rafts. According to Ko, this is largely attributable to the so-called Cheerios effect. The Cheerios effect describes how small objects on the surface of a fluid are pushed together by forces that minimize the amount of surface deformation. According to Ko, when there are 10 or more ants, the Cheerios effect is more powerful than the ants pushing each other away, causing them to form a raft.

According to Steve Yanoviak of the University of Louisville in Kentucky, although we consider ants to be social creatures, they rarely choose to live in close proximity to one another in the wild. Even when species such as army ants collaborate to build bridges, he says, they touch each other minimally and deliberately rather than "hugging." 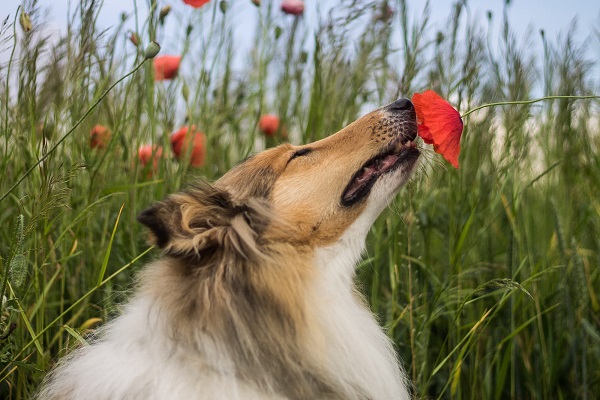 Dogs can detect our stress levels from our breath and sweat