How to distinguish between a standard black hole and a wormhole

DNVN - Theoretically, physicists have figured out how to determine whether a black hole is actually a wormhole that could be traversed, but we cannot tell with the black holes we have observed.

Using light that has traveled in circles around the black hole's mouth, we may be able to distinguish between a wormhole – a tunnel connecting two black holes in different locations in space and time – and a regular black hole. If wormholes exist, astronomers may now be able to detect them.

In 2019, astronomers used the Event Horizon Telescope (EHT) network of radio observatories to capture the first direct image of a black hole, a distant behemoth known as M87*. Petya Nedkova of Sofia University in Bulgaria and her colleagues wanted to determine if the EHT data on the polarization of light from around the black hole could be used to differentiate between a traversable wormhole and a black hole. 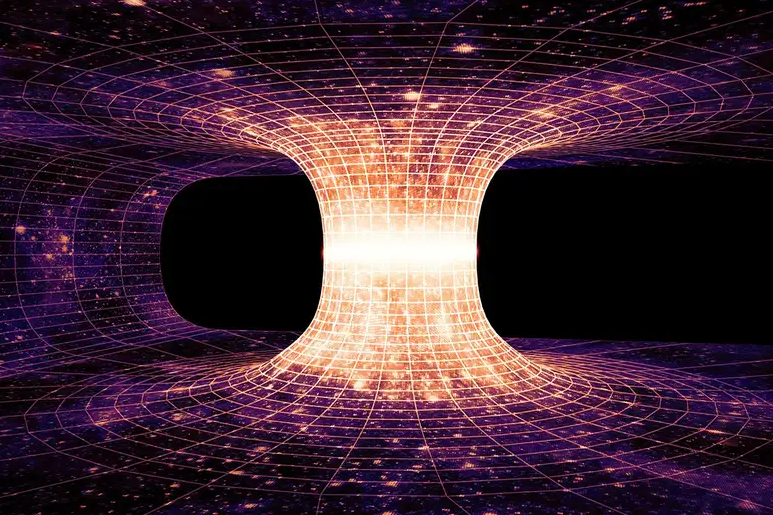 “Ten years ago, wormholes were completely in the area of science fiction; now, they are coming forward to the frontiers of science and people are actively searching,” says Nedkova. “So we are slowly making a register of all the observational signatures of black holes and wormholes and looking one by one at which ones are promising for future detection.”

Using a series of computer models, they determined that the data provided by direct light – light emitted in the region surrounding the black hole and traveling directly to our observatories – is insufficient to distinguish between the two. The difference between a black hole and a wormhole in polarisation would be less than 4%, and the difference in polarisation direction would be even smaller.

“With the current observations, you cannot distinguish a black hole or a wormhole – there may be a wormhole there but we cannot tell the difference,” says Nedkova. “So we were looking for something else up there in the sky that could be a way to distinguish black holes from wormholes.”

Next, the researchers modeled light with a higher energy, which is emitted closer to the black hole and dragged at least halfway around it by its powerful gravity before reaching Earth. They discovered that due to differences in the shape of space-time, light that has traveled around a wormhole could be eight times more polarised than light from a regular black hole, with a difference of up to 50 percent in the direction of polarisation. However, reliable observations of this type of light emanating from a black hole's vicinity are not yet available.

The researchers also considered an additional, perhaps more speculative option. If a wormhole is traversable, like the one used in their models, then light must be able to travel through it from the opposite end and emerge from the observed black hole. If this were to occur, the gravitational effects within the wormhole would cause the light to emerge six times brighter than the light surrounding the black hole at our end, as well as create several small rings of light near the black hole.

So, while we may not be able to distinguish between a black hole and a wormhole based on our current data, it is theoretically possible. Instead of attempting to get close to a black hole, we will need telescopes with higher resolution to accomplish this. “If you were nearby, you would find out too late,” says Nedkova. “You’ll get to know the difference when you either die or you pass through.”