3 Vietnamese infected with Corona virus, the Prime Minister directed to calmly fight against the epidemic and protect people's lives

At the meeting on the afternoon of January 30, 2019, before the situation of Corona (nCoV) virus in China had spread to all 31/31 provinces and cities of China, many opinions proposed to continue to implement measures to prevent the epidemic such as: Not organizing tours and prohibiting entry for people from the epidemic areas, strengthening the management of people going in and out of border gates, especially border gates with China. Besides, it is necessary to limit festivals and restrict crowds if necessary; encourage people to use masks when using public transport and wash their hands often.

According to updated data till 17:30 on January 30, of the Ministry of Health, the number of people infected with nCoV in the world is 7,822 cases, 170 deaths. In Vietnam, the number of people infected with nCoV is 5, of which 2 Chinese nationals (1 has recovered); 3 Vietnamese citizens returned from Wuhan, China. One case is being isolated and treated at Thanh Hoa General Hospital, the other two cases are isolated and treated at facility 2 of the Central Tropical Diseases Hospital in Kim Chung Commune, Dong Anh District, Hanoi.

All 3 patients had a common history of symptoms, 3 patients (2 women, 1 male) and 5 other Vietnamese were sent to Wuhan, China for training 2 months ago by Nihon Plast Co., Ltd (Japan) and returned to Vietnam on January 17, 2020 on the same flight CZ8315 of Southern China Airlines.

Prime Minister Nguyen Xuan Phuc stated that the outbreak was very fast and serious. Vietnam has been proactively conducting early measures and well controlling the disease situation. We all have to calmly and resolutely handle it to protect people's health and lives. 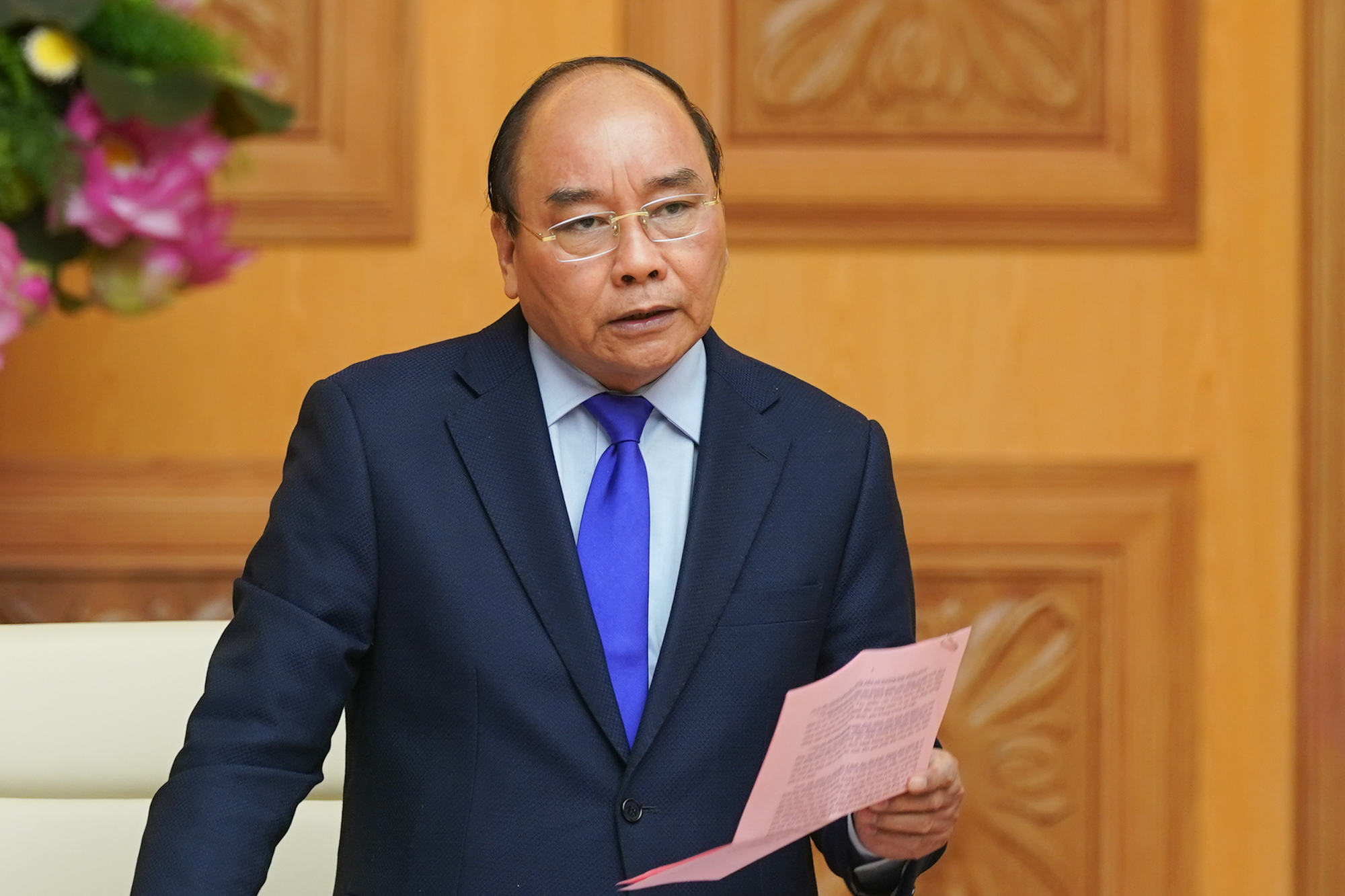 The Prime Minister instructed, all levels, sectors and localities must have specific plans to be ready to cope with the situation when suspected cases appear in localities. It is necessary to be alert, raise the sense of responsibility to avoid the widespread epidemic of nCoV in Vietnam.

The Prime Minister Requested the National Steering Committee for Prevention and Control of nCoV to regularly report to the Government and the Prime Minister in order to prevent the epidemic effectively.

Currently, Vietnam has established 45 quick response teams and started connecting 21 hospitals, using 4 central hospitals when the treatment facilities were beyond the permissible capacity. The Prime Minister emphasized a number of solutions, such as completely banning open paths between borders; stop sending Vietnamese people to China to work during this time; The Ministry of Foreign Affairs be ready to evacuate citizens when necessary; temporarily stop tourism activities between the two sides; The aviation industry must not allow fights from epidemic destinations to Vietnam and vice versa.

Stop issuing visas to Chinese tourists, except for official visas; discourage trade and cross-border travel at this time; restrict entry to China except in special cases; conduct medical examination at border gates; closely monitors the health of citizens, international students and tourists from China when they enter Vietnam for 15 days with the spirit of limiting travel; Limit crowds and festivals.

At all levels, related departments and localities have established a Steering Committee for nCoV epidemic prevention, chaired by the Chairman of the Provincial People's Committee in the spirit of "4 on the spot" initiative.

Currently, students have still attended school, so educational institutions must recommend students to wear masks. The compulsory wearing of masks on a national scale has not been carried out immediately but the Government make it as a recommendation to peoplr when going out. Communication must not causing confusion but making people fully aware of risks and self-prevention.

The Ministry of Health in collaboration with the Ministry of Justice prepares a legal basis to be ready to declare a state of emergency when the World Health Organization (WHO) declares a global medical emergency.

The Prime Minister agreed to establish a working group at the Government Office to directly serve the Government to urge, inspect and propose together with the National Steering Committee to conduct measures, close to reality, not to let delay occur.