DNVN - At the Forum on Business Cooperation, Connection and Development, Dr. To Hoai Nam frankly pointed out 15 shortcomings that slow down enterprises and made recommendations on institutional reforms to support and promote the development of the private economy. 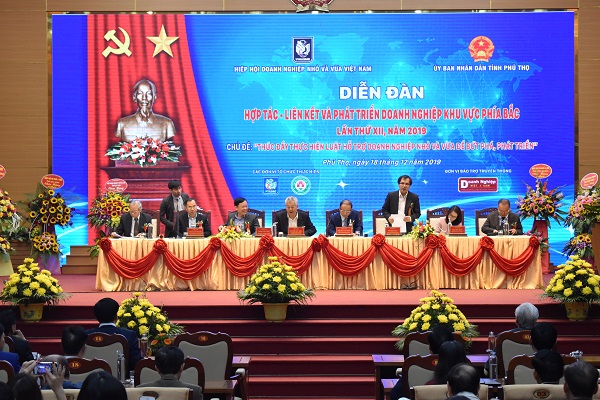 The 12th "Cooperation -Connection and Enterprise Development" Forum officially opened at 8pm on December 18, 2019 in Phu Tho province.

The forum was attended by more than 450 delegates and guests of the Government Office, Ministry of Planning and Investment, Ministry of Industry and Trade, Central Economic Committee, Central Commission for Public Affairs, Fatherland Front, VCCI, provinces and entreprenuers.

At the forum, Dr. To Hoai Nam, Standing Vice President and General Secretary of VINASME shared the assessment of domestic private economic development in the period of 2011-2020 and proposed some solutions for the next period 2021 -2025, vision to 2030. 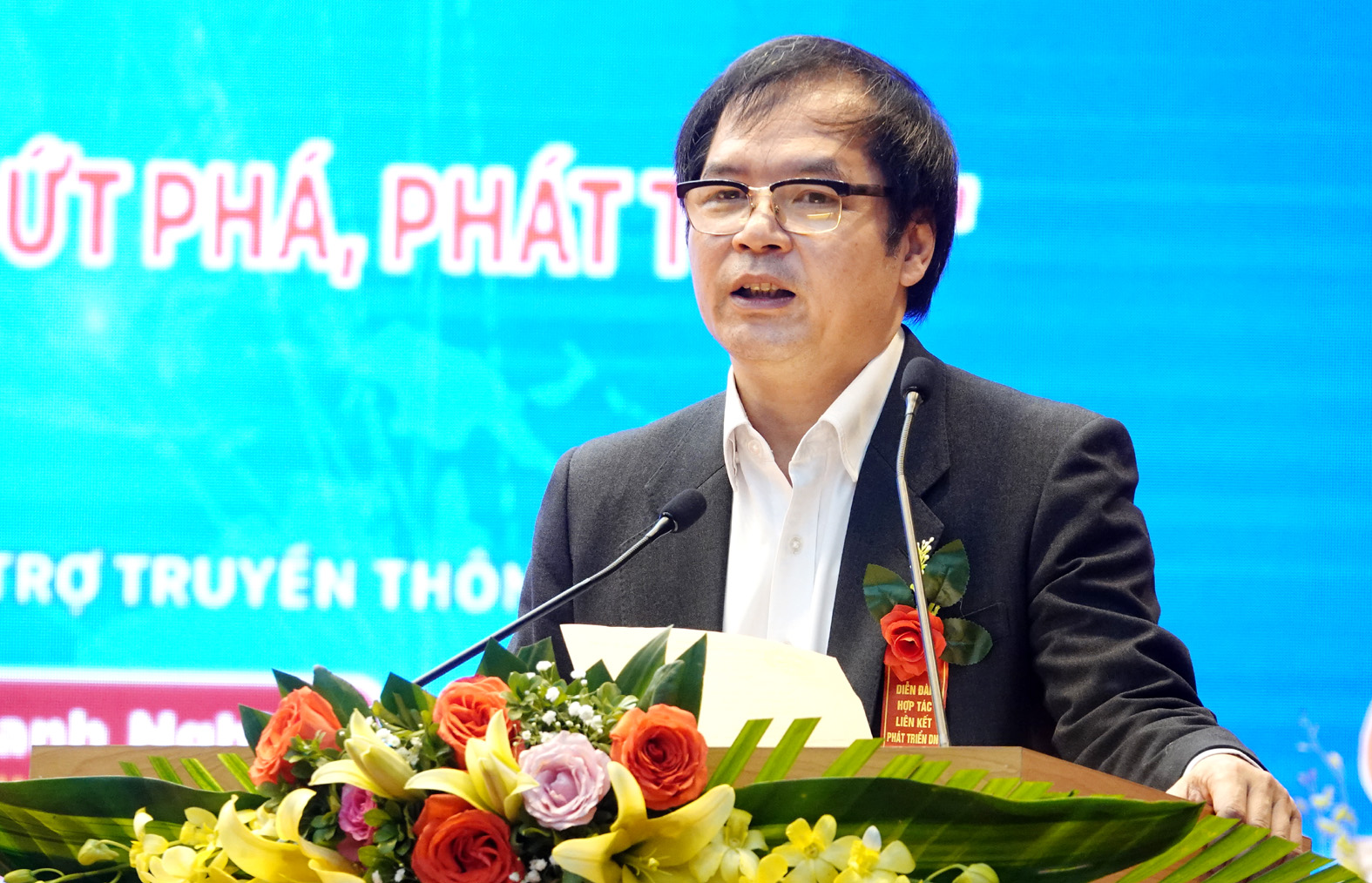 Dr. To Hoai Nam - Standing Vice Chairman of VINASME speaks at the Forum.

Private sector has a faster growth rate than other economic sectors

According to Dr. To Hoai Nam, in 2011-2020, the private sector has a faster growth rate than other economic sectors, accounting for a high proportion of the national GDP. Specifically, in 2002 the private economy accounted for 27%, it then increased to 42.96% in 2010 and 43.22% in 2015. The private economy also accounts for 30% of total industrial output value. In particular, the private sector attracts approximately 85% of the labor force nationwide and creates over 1 million jobs annually. The private economy plays an important role in the process of restructuring the economy, increasing incomes and creating jobs for those who have lost their payroll or lost their jobs due to the reduction of job vacancy, administrative reforms, privatization of state-owned enterprises or labor restructuring.

Regarding institutional improvement, the Party and the State have made several guidelines and policies to create more favorable and equal conditions for private enterprises. In particular, the Enterprise Law was amended and supplemented continuously for 6 years, the Government announced Resolution No. 27 / NQ-CP dated February 21, 2017 on promulgating the Government's Action Program to implement Resolution No. 05-NQ / TW dated November 1, 2016 of the Fourth Conference of the 12th Party Central Committee on a number of major undertakings and policies to continue renewing the growth model and raising the quality of growth, labor productivity and competitiveness of the economy. The National Assembly also annouced Resolution No. 24/2016 / QH14 dated November 8, 2016 on the Economic Restructuring Plan for the 2016-2020 period, and Resolution 19-NQ / CP on improving business environment and competitive capacity that has been continuously added during the three years 2014-2015.

In addition, many laws were revised, such as Law on Value Added Tax 2013 (assisting SMEs with VAT), Law on Corporate Income Tax 2013 (reducing corporate income tax), Customs and Bankruptcy law. Besides, many legal regulations and documents were amended in the direction of creating favorable conditions for businesses to develop. During 2016 – 2018, policies on private economic development continued to be completed, especially the credit policy.

With all efforts of the State, Parliarment and Government, nowdays FDI enterprises and domestic private enterprises have basically been treated equally. The role of the private sector has increased, as reflected by its share in GDP and investment. Accordingly, its contribution in total investment increased from 12.1% on average in the 2011-2015 period to 12.5% ​​in 2016, 13.5% in 2017 and 13.6% in the first 6 months of 2018. Awareness of the private economy has transformed its role in socio-economic development.

According to Dr. To Hoai Nam, many fields and sectors have made progress and development in recent years, particularly industry, construction, tourism and service sectors are the most impressive sectors. In 2018, industry - construction and services reached 75.45% of GDP. The remarkable point is the increasing number of agricultural enterprises (the core of value chain and is gradually growing). Agricultural enterprises increased from 4,500 enterprises in 2016 to about 7,600 in 2018. Forms of cooperation and production linkage between agricultural and fishery products have become quite popular. Importantly, creative startups have doubled in number in between 2017 and 2018. All of these are synergizing the goal of restructuring Vietnam's economic structure towards industrialization and implementation of the Socio-Economic Development Strategy 2011-2020. 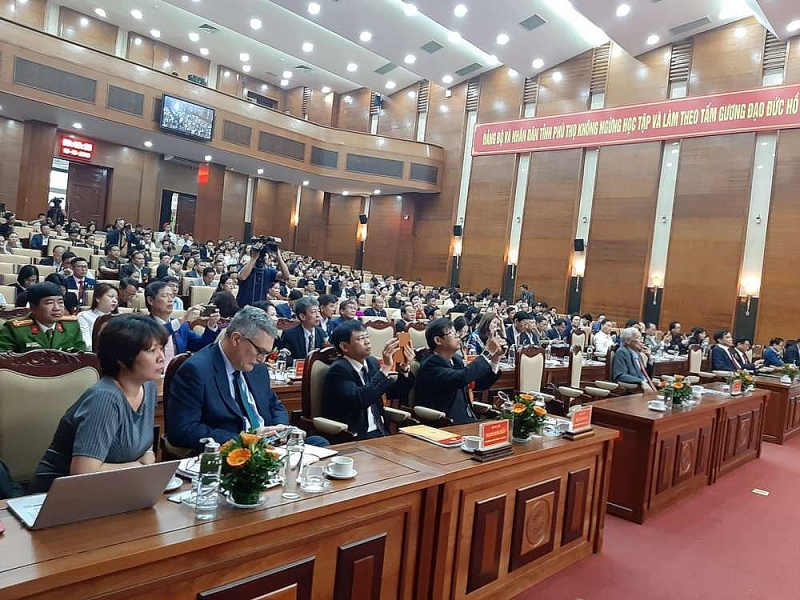 Representatives of ministries, departments, localities at the Forum.

Dr. To Hoai Nam also frankly pointed out 15 shortcomings that slow down the private economy. Firstly, it is the failure not to create an incentive institution to attract private capital in the form of public-private partnership (PPP). Due to the lack of a PPP Act, it did not create a breakthrough that was true to its potential.

An information system on investment, including a database of public investment projects funded by the state budget, official development assistance (ODA), government bonds ... has not been developed, so it fails to ensure transparent information as required, thus limit the supervision of the whole society.

The quality of human resources and training is still problematic in many aspects, including soft skills such as foreign languages, information technology and teamwork skills. We are seriously lacking high quality human resources to serve potential industries and fields.

The technology level is still low, especially in the SME sector, this rate is 10% advanced, 38% average, 52% backward and very backward, while the high technology utilization rate is only about 2% in the total number of businesses. Although the number of high-tech enterprises recently increased from 11.4% to 12.68% and Private enterprises increased from 96.5% to 97.7%, Investment capital for technological innovation in enterprises is still very low, only about 0.2-0.3% of revenue.

There is an objective fact that Vietnamese SMEs have a slower starting point than thost of other countries, including countries in the region. Most of them are "weak" in many areas, because of a shortage of incentive policies to support, promote business linkage systems, and a slow start-up eco-system.

Institutions related to changing purposes of land use have basically still had many limitations and problems that do not really promote the restructing of agricultural production in the direction of large-scale, modern and hi-tech. On the other hand, although the Government has made many efforts, the control of real estate market is still difficult, so that the market is always overheated. Due to high income/profit, the market always attracts huge investments from the society and then create an overall imbalance.

Poor infrastructure, lack of connectivity, undeveloped transportation (railways, riverways, inland waterways that have not been exploited to their full potential) leads to very high logistic costs, accounting for 18% of GDP, twice as high as developed economies and higher than the world average (world average of 14% of GDP). That, therefore, reduces the competitiveness of enterprises. 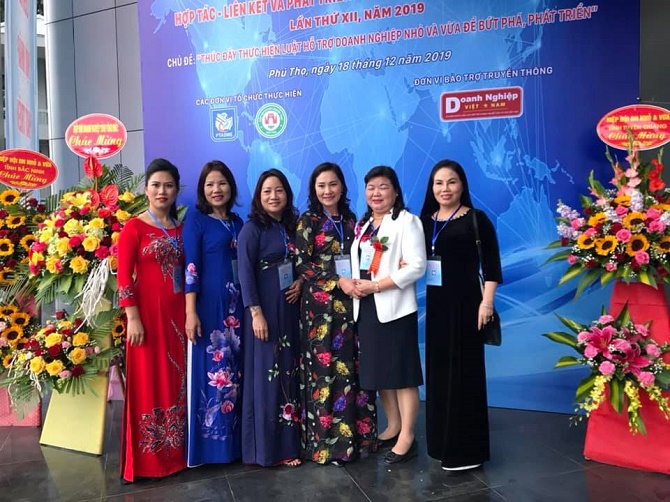 “We want to develop sustainably but have not strictly implemented the Planning Law so that the master plan that integrates many sectors and fields cannot sustainably grow”, Dr. To Hoai Nam said.

Besides, Dr. To Hoai Nam frankly pointed out a limitation that is the issue of power business or “close” business. In some areas, localities that have good relations with the government in the sense of "commercializing relations" normally have easy access to land, minerals, projects, public bidding packages, taxes ... and grow very fast. That has “frustrated” a large part of businesses and entrepreneurs, rushing them to follow the trend of "power business".

The situation of under-table benefit has decreased due to the determination and drastic guidance of the Party, National Assembly and Government. However, many civil servants are taking advantage of the loopholes of the legal policy to harass, cause trouble for self-interest. pressing people and businesses to the extent that businesses see "under-table money" as part of the game rules. This is a huge barrier to the socio-economic development of the country.

Although the administrative procedure reform has made remarkable progress, it is uneven between ministries, departments and localities. Many procedures still have duplicates, especially, while the application of information technology in management is limited. Enterprises are still complaining about the lack of information, especially the new policies and plans.

Although the government has made many efforts, the majority of SMEs and the private economy are not ready for Industry 4.0. Many people say they "just heard on the media recently".

Policies must be based on the needs of the private enterprises

Dr. To Hoai Nam particularly emphasized the importance of leadership, a transparent and fair competitive environment, regardless of ownership type and a favorable condition to encourage and support private enterprises to enter the market and withdraw from the market in accordance with the law of market economy and international practices.

Since private economy is the tool to improve people's life, culture, education, environment and justice, we need to encourage private enterprises to focus on quality and new growth model of the world, based on science and technology, innovation, creativity and human resources. Identifying private economic development as a long-term, consistent and consistent strategy in all actions of the Government, it is always a central task in the country's economic development policy.