DNVN – 179 businesses at Da Nang Hi-Tech Park and Industrial Zones have implemented a ‘three on-site’ models with a total labour force of 15.075 workers since the city began lockdown on August 16. Due to food supply shortage, they have requested to open mobile points selling essential goods. 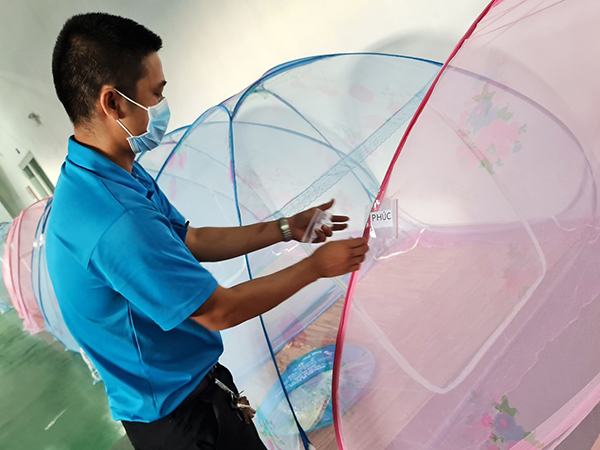 Businesses continued to struggle with the shortage in food supply and essential goods when the city applies an extra 10 days ‘three on-site’ under Decision 2860/QD-UBND (from August 26 to September 5).

Da Nang only allows a few hours of ‘opening’ before the application of Decision 2860/QD-UBND and businesses claim that amount of time were not enough for them to change workers’ shifts, restock food and essentials goods, especially for businesses with a large number of workers.

Due to the lack of food and necessities, businesses in Hoa Khanh Industrial Zone proposed to urgently open mobile points selling food and essential goods in industrial zones.

Da Nang Hi-Tech Park and Industrial Zones Authority said that they have received requests regarding food supply problems from businesses and they have forwarded requests to the Da Nang Steering Committee for COVID-19 Prevention and Control. Da Nang HPIZA have repeatedly proposed to the People's Committee to arrange a food supply point in every industrial zone but the request has yet been response.

No official instruction on the implementation of ‘three on-site’

However, Da Nang HPIZA said they have yet to receive instructions or guideline from the People's Committee on implementing "three on-site". Therefore, the application of ‘three on-site’ among businesses in Da Nang has not yet ensured the regulations, potentially posing risks when incident occurs.