Along with a new positive consumption trend, Vietnam's retail market is expected to grow more vibrantly due to the young and large population. Moreover, recent trade agreements are also a motivation for businesses to accelerate their reform and competitiveness.

Vietnam’s stock market 2020: A promising year ahead / Vietnam: Foreign capital is expected to flow into affordable housing market in 2020.

This is an assessment of Mr. Huynh Thien Trieu, General Director of Amway Vietnam on 25th anniversary of establishing diplomatic relations between Vietnam and the United States.

From 2007 to 2008 of the previous decade, Amway Corporation based in Michigan, USA decided to invest directly in Vietnam. Amway is very happy that bilateral relations have made rapid and great development in terms of level and depth. 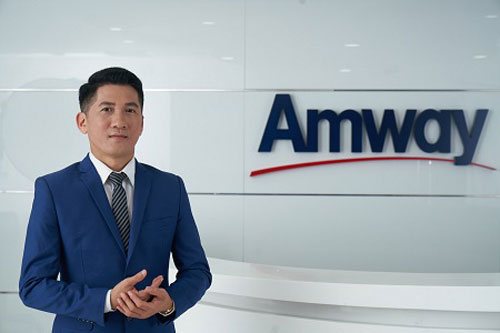 Mr. Huynh Thien Trieu said that with the business results achieved during the past time, Amway has sucessfully proved its sustainable development strategy as well as its long-term investment in the market.

Sharing about Amway's great opportunities in the coming years, Mr. Huynh Thien Trieu said, compared to the more than 60-year journey that Amway Global has gone through, Amway Vietnam is only at the beginning stage when it comes to 12th operation year. However, Amway Vietnam, with its sustainable development strategy and a people-centered business orientation, has brought a right understanding of the direct selling model (aka selling multi-level).

According to statistics from the World Direct Sales Federation, the global retail sales of the direct selling industry have been constantly increasing from only USD 166.88 billion in 2012 to USD 192.9 billion in 2018. Nowadays, many consumers prefer to buy directly from sellers and this trend will grow even more.

Along with this new consumption trend, Vietnam’s retail market is expected to grow more vibrantly due to the young and large population. Moreover, the innovations of trade agreements are also a motivation for businesses to accelerate reform and increase competitiveness ... This is an opportunity for Amway as well as other U.S. companies in Vietnam to develop.

Besides, with 6 consecutive years maintaining the No. 1 position in the world in terms of revenue, Amway believes that the company will be more successful in the coming years worldwide as well as in Vietnam.

Mr. Huynh Thien Trieu also revealed about Amway's strategy in the future to keep up with the trend. Amway Group has pledged to invest more than 500 million USD by 2020 for digital platforms and product innovation to promote global growth and support distributors to better meet customer needs. These technology applications will certainly be deployed in the markets that Amway operates in order to ensure keeping up with the trend and promoting Amway's development globally.

In Vietnam, Amway is focusing on physical and mental health care and community building activities. In addition, Amway also pledged to continue to invest in equipment that applies the 4.0 digitization technology to serve the needs of customers in purchasing, while ensure the quality of products and services.